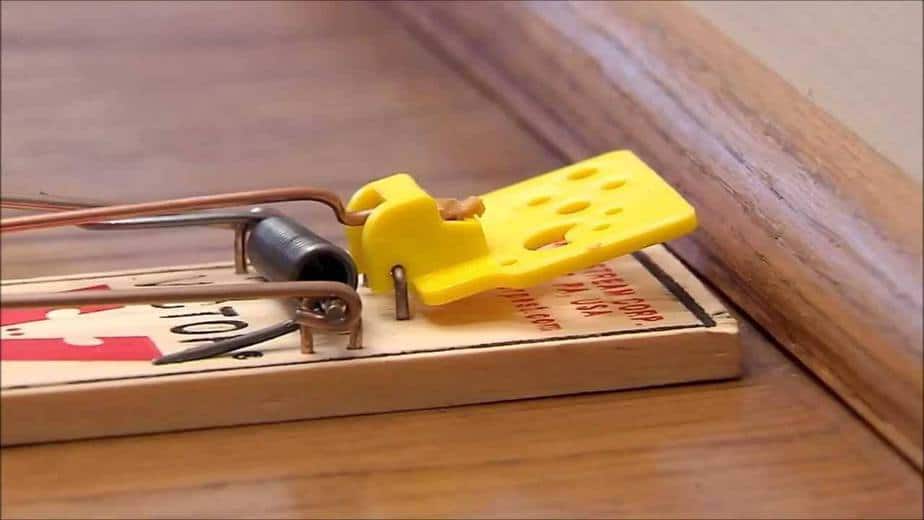 Catch a Mouse – Learn How to Set Mouse Trap

Mice are pesky and cute creatures that litter a lot. However, that is not all that they do. They spread diseases by sniffing around our foodstuff and infect them in the process. So, if you find anything less than an infestation in your house, you can probably get off with removing them by yourself. It has been a time-tested practice to catch mice in mouse traps and of course, there are several ways to do it.

How to Catch a Mouse?

No one, not even mice like to trap themselves in death contraptions without getting something out of it. Stick something sweet and aromatic to the bait station.

Next, you will need a mousetrap. There are several varieties to choose from here. The traditional Victor snap bar is a time-tested recipe for catching mice.

Attach the bait to the mouse trap. Make sure that the trigger is sensitive enough to snap when the mouse comes to nibble.

Place the trap in a spot that the mice are likely to frequent. It can be near your foodstuff or in dark corners. For the best advantage, place more than one trap at once.

Finally, have patience. It is not going to work in a day, except if you are extremely lucky. But it will probably be effective in a week. But make sure that you check on the traps regularly.

How to Set a Mousetrap?

There are several kinds of mouse traps. These include adhesive ones where the mouse gets stuck.

The trap should be placed right against the wall for it to work. Mice are able to sense objects to compensate for their eyesight. So, you need to fool them into following their nose.

You will need to remove the staple holding the arm bar in place. After that, put the arm bar aside for the moment. To do this, you can place it at the back of the trap.

Next, you will need to work on the bait station. Smear some food on it. If the mice have escaped with the food before, you can entangle a thread with the food. This will get stuck in their teeth and that will generate enough movement to trigger the kill bar.

After this, you need to place the bait station in its position. To do this, pull back the kill bar and hold it tightly in place. You need to trap the mice and not your fingers.

Finally, notch the arm bar under the bait station. You will need to loosen your hold on the kill bar a tiny bit to do this. Your trap is set.

It is not absolutely necessary to kill the mice that enter our home. Mice are cute creatures after all. Traps are built to kill mice but it’s not necessary to render them dead in the process of removing them. There are several ways you can build up a humane mouse trap or buy one from the market. The door of such traps closes when the mice are trapped. You can release them into their natural habitat after that and let them live in peace.

Any other method like poison is too excruciating a death. Poison draws out the death over a longer period and often requires more than one intake. If it is a huge infestation, it is better to call the pest control services. One or two mice can be handles alone but not an entire infestation.

It is not ideal to let the mice roam around in your house. Mice, through the centuries, have been the source of dangerous plagues that wiped out entire generations. However, there is no need to be cruel either. A trap is much better than poison.