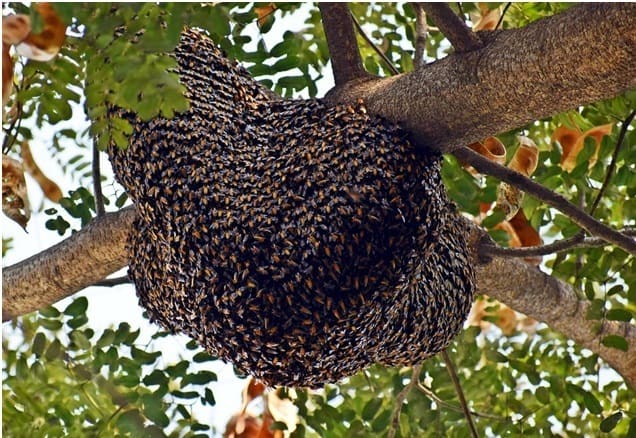 How To Get Free Honey Bee

There are two ways, generally speaking, of getting free honey bees. One is to hive a swarm. The other is to remove an existing hive from a building or tree.

The latter should be undertaken ONLY by an experienced beekeeper. Possible dangers include fire (caused by the smoker), physical destruction of property, personal injury (to the bee remover from falls, stings etc.), angry bees stinging neighbors, odors and ant invasions to the building caused by fermenting/decomposing honey and brood left behind, entry into the building by disturbed bees,and the like.

Thus for the beginner, that leaves bee swarm removal as a means of getting free honey bees. But here too, caution is needed. For starters, if you live in a southern state there is a possibility the swarm could be Africanized honey bees, and for obvious reasons of safety (for yourself and neighbors) you should not attempt to hive such a swarm. Moreover it is illegal in the US to keep Africanized honey bees.

It is also prudent to avoid swarms that appear outside the normal swarming season for your area. Such swarms have a higher likelihood of being in a distressed condition, from disease, mites, etc. Also, there will probably be reduced forage for bees at such a time.

Police and fire departments, and to some extent animal protection societies, are often called by people when they see a swarm. So give your name and number to such agencies as someone who can respond to the swarm calls they receive. Even if they already have a contact for these situations, ask them to take yours also, since the other person probably won’t always be available.

But do not feel you are obliged to tackle every swarm call you get. Some swarms will be relatively inaccessible; these you should leave alone. Frankly, you should only be interested in swarms that are easy to handle, such as swarms in a bush or (best of all) on a low-hanging branch. In any case be prepared to get a lot of calls purportedly about bees but actually about wasps, hornets etc. Close questioning of the caller should enable you to determine if honey bees are really at issue. Don’t try to help if they are not.

Baiting for swarms in your own yard can also be successful, and has the advantage of avoiding travel. Swarm attractants are available from some bee supply companies. In addition or in place of that, if you can get some beeswax, try melting it and painting the inside of a beehive box with it. Bees are attracted to old bee combs too, but old combs can spread disease. Melted beeswax is not known to spread disease. The bait hive should have an upper entrance and be at least 5 feet from the ground to be attractive to bees. It might help to put the bait hive out well before swarming season begins, and also to put out a little sugar syrup about ten feet away, to attract bees to the area.

You may also like: Best Honey Extractor: Reviews and More Information on the Process of Honey