After a quest for half a decade the US army has finally zeroed in on the handgun they would be using in the future. Yes, they have selected Sig Sauer’s P320 as the new service pistol. For those who do not know much about it here are 11 interesting facts about it. 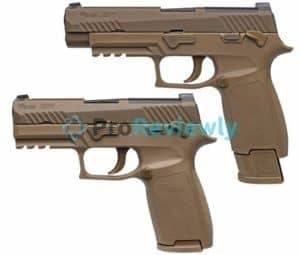 Slide Note: You may also be interested in learning about using airsoft pistol or airsoft guns for shooting practice. Check out our pick for the best airsoft pistol buying guide and reviews.

Though the US army has not released any fixed information on the contact details of this new handgun the manufacturer seems to have started working on the delivery of the same. According to them, this choice has proved that their company is focused on creating and providing the best quality firearms. Sig Sauer has time and now produced some good quality weapons but they’re being selected by the US army will open new avenues of business for them in the future.