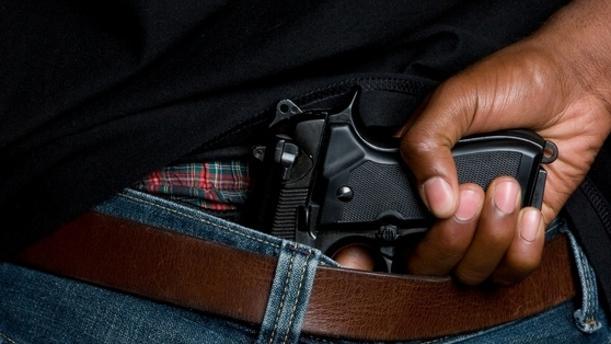 A bill passed by the IOWA House of Representatives allows kids to pick up real guns from the tender age of 14 years. Approved by a 62-36 vote count the bill now heads to the state senate for final approval. However, the instruction is clear that kids can operate a gun and gun scope only under parental supervision not otherwise.

The bill’s sponsor Rep Jake Highfill told that this legislation was passed to correct the issue parents were having in giving firearms to young children. He also said that this law was implemented to bring kids handgun or pistol usage on the same lines as the laws for shotguns and rifles. As per existing laws, these two categories provide kids the permission to use them under parental guidance regardless of the age of the child.

This law makes it illegal if a parent allows his child less than 14 years to operate a handgun. However, once the age limit is crossed he can handle it provided a senior or parent is nearby to supervise. As per Highfill, this law would ensure that the child does not have to be 18 to gain the experience of shooting.

Apart from that he also felt that giving them this liberty would make them realize the importance and respect a handgun commands. This would lead them to be responsible in its usage and not consider it a plaything. However, he also informed that parents accompanying the child should be above 21 years of age and they should have to maintain visual and verbal contact with the child when he is armed.

Rep Abby Finkenauer, however, is of a different opinion. He feels that if we think logically then we will realize that it is a complete ridiculous bill.Rep Mary Mascher echoed the same sentiment saying that we cannot legislate proper parenting but we can at least protect our children. Citing the existing seat belt, smoking and car seat laws she said that most parents would not allow their 2-year-old kids to pick guns. But what about those who do not know how to protect their children.

Mascher also raised the incident where a 9-year-old girl had in the year 2014 shot her trainer dead accidentally. The girl had said that handling the weapon was too much for her and she had continuous shoulder pain because of the same.Rep Art Staed a democrat and hunter himself said that the problem is nothing to do with gun rights .It is a threat to public health and safety and that is why it is not a viable thing to do.Staed also reinforced that he would not allow his kids to pick up guns at such a young age.

However a local resident Nathan Gibson told a news channel KCCI that he has been shooting pistols with his daughters ever since they were 5 years of age. Both his daughters Meredith and Natalie Gibson were among the people who were in favor of the bill and waiting for it to get approved. Natalie, 10 feels that a gun is dangerous only if it is handled wrong. Probably she is right .Let’s see.